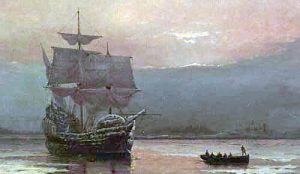 Did you know that a majority of the colonists felt that declaring independence from the British was a radical idea? Men like Jefferson, Franklin, and the rest of our forefathers were considered radical thinkers for their vision of a free, independent United States of America. So, how did the political climate change to the point men and women picked up arms against the red coats?

First, it is important to understand how the American colonies came to be in the first place. Throughout the 17th and 18th centuries, Britain was expanding their empire. Colonists came to America and first settled in Virginia in 1607, and the Pilgrims arrived just thirteen years later to New England. Coming here wasn't initially a bold move for freedom but an economic expansion of the British Empire.

Of course there were many benefits for the colonists who wanted out of Europe and to embark on an adventurous life. Largely, the British ignored the colonies and didn't spend much time, energy, or money supporting them. The colonists were pretty much free to do as they pleased, emulating the parts of English life they liked and changing what they didn't.

Until the mid-eighteenth century, the colonists barely heard a boo from Britain. As France rose in power, challenging the British economically and politically, wars began sprouting between the two. From India to Europe, and on to North America, the British and French were fighting across the globe. These wars were costly to the British Empire, and they needed a way to refill their coffers.

Because the British sought to impose a more firm rule, including taxing them wherever they could, the colonists began to sway toward the more radical thinkers. By the time the first shot was fired on Lexington Green in April 1775, the colonists were fed up and wanted freedom so badly they were willing to fight to the death for it. The Revolutionary mindset was spreading, and the proof was in Thomas Paine's publishing of Common Sense in early 1776.

“These proceedings may at first seem strange and difficult, but like all other steps which we have already passed over, will in a little time become familiar and agreeable; and until an independence is declared, the Continent will feel itself like a man who continues putting off some unpleasant business from day to day, yet knows it must be done, hates to set about it, wishes it over, and is continually haunted with the thoughts of its necessity. “

~Common Sense, Thomas Paine (sold over 100,000 copies in three months after it was published)

On July 2, 1776, the Continental Congress voted and declared independence from England. That day was so profound, John Adams wrote to his wife saying, “will be celebrated, by succeeding Generations, as the great anniversary Festival” and that the celebration should include “Pomp and Parade … Games, Sports, Guns, Bells, Bonfires and Illuminations from one End of this Continent to the other.” It wasn't until two days later that Jefferson and the rest of our founding fathers signed the final draft of the Declaration of Independence. 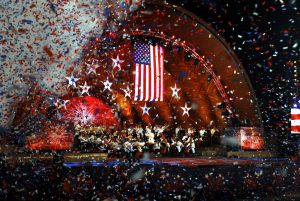 While Adams was right about the celebrations, he was off on the day. We celebrate July 4th as our nation's Independence Day because that is the day the declaration was signed, truly making it official. Jefferson was charged with writing the declaration and took a mere two days to write it. The document itself is of critical importance to the birth of our nation in that it defines our basic principles of American democracy which we follow today, 240 years later.

The men who signed the Declaration may have been considered radicals, but they feared for their lives once they signed it, for it was the ultimate act of rebellion. We celebrate our Independence Day today because there were men brave enough to stand up for the rights of the people. It is the day our nation's flag, the Stars and Stripes, flew over a free, sovereign nation born of a radical vision and revolution.