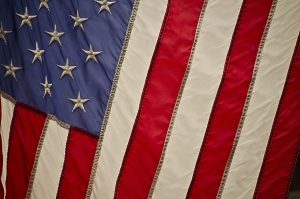 As a symbol of hope and unity, the American  flag is without peer, serving to remind all who behold it that, so long as it flies, freedom will triumph.

Flown proudly outside of schools, churches, and government buildings alike, American flags are a solemn gesture of solidarity and patriotism for the greatest country on earth.

Our history is a remarkable one, and its struggle is evidenced in the very fabric of the flag: red for the blood spilt in the name of liberty, white for purity and equality, and blue for justice. Because of this, it is our duty to honor our flags properly as the embodiment of all that makes this country great.

The Flag Code is the formal body of instruction we must follow in order to properly honor the flag. It contains specific instructions regarding how the flag ought to be used and not used. Take a look at some of its most important standards of respect:

Contrary to some beliefs, the burning of the flag is, in fact, appropriate when the flag is too worn, so long as the burning is done in a dignified and ceremonious manner. Many American Legion Posts, as well as Boy Scout Troops, often have regular flag burning ceremonies to retire flags that are no longer suited for flying.

Raising and Lowering the Flag

As a rule, the flag ought to be displayed only during the hours between sunrise and sunset, although it may be displayed at night so long as it is illuminated. Raised quickly and lowered slowly, the flag is saluted while both ascending and descending.

When flying the flag outdoors on a staff, the union (the stars) must be level with the peak of the staff, unless it is being flown half-staff. If another flag is being flown from the same staff, the United States flag must be on top (with only certain religious exceptions), and it must be the largest.  It should also be the first raised and last lowered. When displayed over a street, the flag should be hung vertically with the union to the north or east.

The flag displayed inside should always have the place of honor, and, when situated behind a speaker or stage, it should be placed to its right (the observer’s left) while other flags should be placed to the left. Additionally, the flag of the United States of America should always be in the center of and at the apogee of any grouping of other flags. If two staffs are crossed, the American flag should be on its own right with its staff in front of the other. If displayed against a wall, the union should be to the observer’s left.

Saluting is one of the most important ways in which to pay respect to the flag. Citizens should place their right hand over their heart to do so properly. Men with hats or caps, however, should remove the headpiece and hold it to their left shoulder over their heart. Uniformed personnel offer their own formal salute.

The Pledge of Allegiance and National Anthem

The pledge of allegiance should be recited while standing at attention, facing the flag and saluting it. Similarly, the national anthem requires that you stand at attention, beginning your salute at the first note, and holding it until completion. If the flag is not visible during the presentation, salute toward the music.

There are few times when the flag means more than in times of mourning. Making sure it is properly honored is of paramount importance.

When raising the flag to half-staff, first raise the flag briefly to the peak before lowering it to the middle-point. When lowering the flag, again, bring it first to peak. It should be noted that on Memorial Day the flag ought to be raised at half-staff until noon, before being raised to full-staff from noon until sunset.

When covering a casket, the union should be at the head and over the left shoulder. The flag is not lowered into the ground.

The United States of America has an extremely proud and storied history. Whether you or your loved ones are veterans, current service members, or simply patriots, there is no better way to honor the struggle and majesty of this country than by honoring the flag. It’s a simple measure, but it’s a powerful one – and it’s one that speaks volumes.