In the land of penguins and orca, with a population of 135 permanent residents, Antarctica is a unique place on Earth. There is no official flag of Antarctica since it is not a country nor governed by any authority.

However, there is a caveat to that as Antarctica is a de facto condominium, governed by parties to the Antarctic Treaty System that have consulting status. Twelve countries signed the Antarctic Treaty in 1959, and thirty-eight have signed it since then. The treaty prohibits military activities and mineral mining, prohibits nuclear explosions and nuclear waste disposal, supports scientific research, and protects the continent's ecozone. Ongoing experiments are conducted by more than 4,000 scientists from many nations, primarily in its summertime.

Seven countries lay claim to a part of Antarctica, known as “territories,” which basically allows a country to do experiments provided they follow the regulations of the Antarctic Treaty System. Britain holds the British Antarctic Territory (yes, such an original name!) and New Zealand holds the Ross Dependency. France claims Adelie Land, named for the penguins there. Norway holds Peter I Island and Queen Maud Land. Australia, Chile, and Argentina also have stakes in the land of Antarctica. 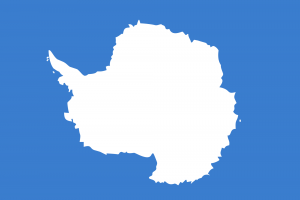 In 2002, a flag was approved by the Antarctic Treaty Organization and is being used as an informal ensign of the continent. Many other designs for the flag have been suggested and are currently under consideration. The designs suggested by Whitney Smith and Graham Bartram are the most eminent designs.

The Graham Bartram design uses the flag of the United Nations as its base pattern. It is a simple white map of Antarctica on a blue setting. The map essentially represents the continent's nonaligned status.

The Graham Bertram Flag was first hoisted on the continent in 2002. When he planned the ensign, Bertram was cognizant of the converging territorial demands of Chile, the United Kingdom, and Argentina. This version is probably the most famous design for the continent, proven by its wide presence on the web.

On the other hand, the Whitney Smith design applies the orange color as the setting for the flag because of the high visibility factor. This unique symbol comprises many constituents. "A" represents Antarctica and the lower part of the earth symbolizes the continent's position on the planet. 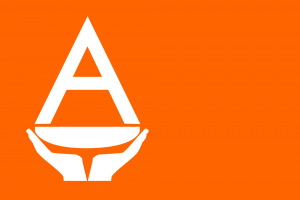 At the same time, two hands gripping the lower portion of the globe symbolize a nonviolent human role. The white shade of the symbol stands for the ice and snow of the continent. There are very few instances where this design has been used, but it seems to be the one that is most closely associated with Antarctica.

Flags are used for various reasons, most importantly to unite people with a feeling of belonging and patriotism. For Antarctica, it seems the flag is more of a symbol of conservation and scientific exploration, so does that make it any less important?

Since not many people live on Antarctica, and it is not a sovereign nation, it makes sense that they don’t have an official flag. It will be interesting to see what the future holds for humanity as a whole as we become more populated; perhaps Antarctica might begin to look appealing to more people.