The History of the American Flag- For Kids 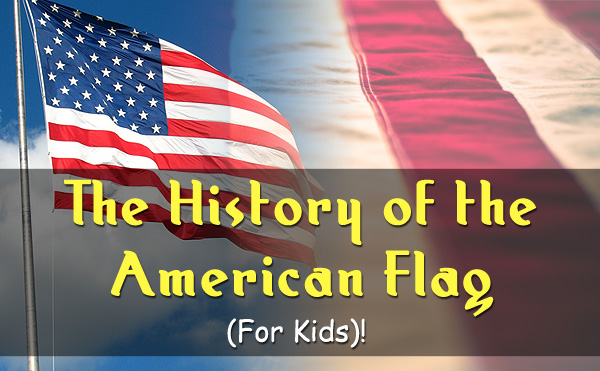 The American flag is a symbol of the United States’ long history––and it might be much older than you thought! A flag is a very important part of a country’s identity. Some of them are hundreds of years old and are very important to the people who live in that country. Did you know that there are almost 200 independent countries in the world? That’s a lot of flags! Each one is made with its own specific colors and designs. How many flags can you describe?

Are you curious about the history of the American flag and how it came to be? Read on to find out more about how old the flag is, how it has changed, and what it looks like today. 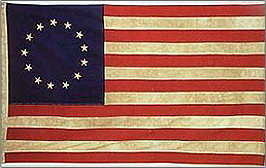 Did you know that America wasn’t always an independent nation? Long before it separated into its own country, America was a part of a British colony. Once America decided to separate from the British colony, then the creation of the flag took place.

When the United States of America was a very young nation, it needed a flag of its own. On June 14th, 1777, a group called the Continental Congress agreed that the United States should have their own flag made. This was a very important step in American history. While the flag has changed over time, it has always been an important symbol for America and its citizens. Read on to learn more about this important piece of history. 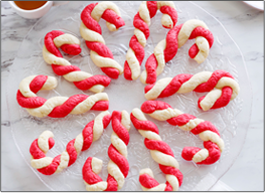 Are you wondering what the first flag looked like in 1777?

In its first year, the flag was designed to have thirteen stripes: red and white stripes, to be exact! The stripes would switch between red and white, with the final design having seven red stripes and six white stripes in between them. (Kind of like a candy cane!)

In the top corner of the flag it was decided that there would be a blue background with thirteen stars, so that it would look like stars in the night sky, which is also known as a constellation. The stars were shaped in a large circle; nowadays, there are too many stars to use that same shape!

The colors of the flag have always been red, white, and blue since its very start. Many of the flags in history have been designed with these three colors, including Great Britain and France. Do you know what the colors mean?

It has been said that the blue in the flag represents a variety of symbols, including grit, freedom, justice, and care. The red coloring stands for revolution, bravery, and toughness, while the white is a symbol for purity, peace, and innocence. The American flag was created with all of these symbols in mind, in order to represent the people who lived in this country.

Between 1777 and1960, the flag was re-designed to look a different way. As the country has gotten older, it has welcomed new states to join in. When this happened, the American flag would add another star to its design to represent the new state. Do you know how many stars the flag has today? The answer is 50: just like the number of states now included in the United States. The flag today has the same 13 stripes to represent the 13 colonies, and 50 stars for all of the states. Very cool! stars for all of the states. Very cool!

The flag has definitely come a long way … let’s take a look at more of the history behind this great flag! 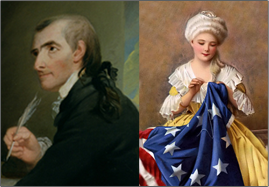 We are not totally sure where the first American flag came from. It is believed that it was designed by a Congressman of New Jersey by the name of Francis Hopkins, and that it was sewn by a woman named Betsy Ross from Philadelphia.

Since its creation, the American flag has been re-created and sold to millions of people located all over the world! Did you know that the flag is still bought by hundreds of Americans? Just three years ago in 2013, Americans spent almost 4 million dollars on American flags! (That’s a LOT of flags!)

Rules of the Flag

Because the American flag has been so important to the country’s history, it is always treated with a large amount of respect. It is expected that anyone taking care of an American flag will not let it touch the ground when it is being handled. This makes raising and lowering the flag quite hard. Those who are responsible for the raising and lowering of the flag are trained to do it properly. Do you think you would want to have that responsibility? 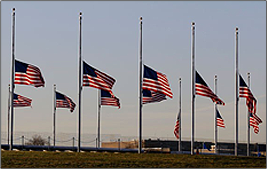 When there is a great loss in the country, the American flag may also be lowered to half-mast to show respect to those who have lost their lives or suffered tragedy. The term “half-mast” describes the way a flag sits half-way down a pole. Do you know the routine for raising a flag to half-mast?

Once a flag is lowered, it must be folded into a specific triangular shape to rest in for the night. Families of fallen American soldiers receive folded flags as a sign of respect for the hard work the soldier has done for his or her country. 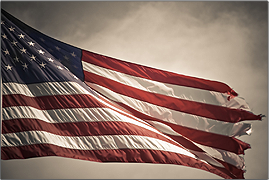 Do you have any nicknames that your family members or friends have given you? These nicknames are special, because they are created by people who know you well, and who see you in a certain way. Just like you, the American flag has its nicknames, as well.

One of its oldest nicknames is “Old Glory,” which was given to an American flag that was very big––10 feet by 17 feet, to be exact! The flag was given its nickname by its owner, who was named William Drive, and who was a captain at sea. The nickname stuck, and people still use the nickname today. The flag is also commonly referred to as the “Stars and Stripes,” named after the design on the flag. 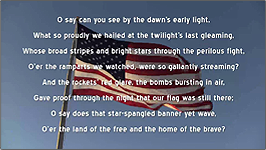 Do you know all of the words to the American National Anthem? Many people start and finish their day standing at attention to this important song, and it’s important that we show respect and stand when it is being played.

Have you ever wondered where the song came from? The song was written by a poet named Francis Scott Key. He was inspired to write the song when he saw the American flag flying over Baltimore’s Fort McHenry. Even though there was a battle going on, the flag remained unharmed, and the poet wanted to write a song about it. As a result, “The Star-Spangled Banner” was created!

If you still need to work on your national anthem singing, check out these lyrics to help you get all of the words down perfectly … and don’t forget to take off your hat! 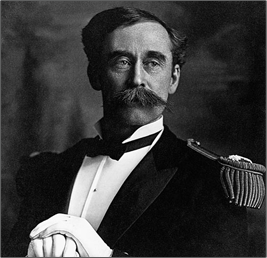 The American flag has since become a very experienced traveler, with lots of individuals carrying the flag with them on trips all over the Earth, and beyond. In 1909, Robert Peary traveled to the North Pole, where he happily set into the ice an American flag that was sewn by his wife.

In 1963, another famous traveler by the name of Barry Bishop carried an American flag with him to the top of Mount Everest! Mount Everest is the largest mountain on the planet Earth, and Bishop set his flag proudly into its peak when he finally made it up there.

Did you know that the American flag has even made it into space? It’s true! In 1969, astronaut Neil Armstrong packed an American flag with him when his team flew their rocket to Earth’s moon! This was a very important moment for Americans everywhere. Many countries had been trying to become the first country to make it to the moon, but American astronauts were able to complete the trip first.

Do you know the famous quote Neil Armstrong said when he took the first human steps on the moon? They were, “That’s one small step for man, one giant leap for mankind.” How cool is that? Where do you think the American flag will end up next?

The Fourth of July 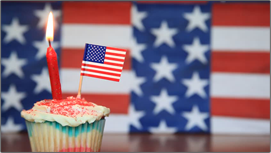 The Fourth of July is a very special day. Did you know that it is the birthday of the United States? Many people celebrate the day by wearing and showing off the red, white, and blue colors of the flag, and many people enjoy food, fireworks, and fun to celebrate this great country!

While the Fourth of July is very well-known for being America’s birthday, a new date began to take significance in the year 1885. A school teacher by the name of BJ Cigrand decided that on June 14th he and his students would celebrate “Flag Day” or “Flag Birthday,” in celebration of the American flag being created 108 years earlier. After that special day, many more people started to take notice of the celebration and wanted to be a part of it. 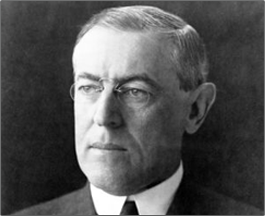 On May 30th 1916, Flag Day was officially established by the proclamation of President Woodrow Wilson. It was a great day for Americans, because they could finally have a day to celebrate their country’s flag and all of the important things it represented! To make it official, President Truman signed an Act of Congress that stated June 14th would now always be National Flag Day for everyone to enjoy!

Do you celebrate National Flag Day? 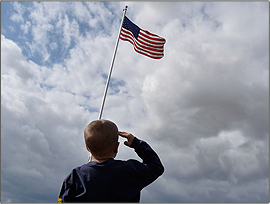 It’s always a great practice to show off your country’s flag and to be proud of where you come from. There are so many things you can wear to show your pride, including patriotic hats, t-shirts, pins, and more! However, it is important to remember, if you have an American flag, that you must always display it in the appropriate manner.

Throughout its history, the American flag has always been meant to be hoisted on a pole and fly freely. The flag is not meant to be worn, re-designed, or re-shaped for any reason! If you are celebrating America’s birthday or National Flag Day, make sure to show respect for the flag and display it in the proper manner.

A flag is a very important symbol for any person or country. A flag can represent what an individual values and what is important to them. The American flag has gone through a lot of changes since its creation in 1777, but it is still one of the most important symbols for the country.

If you want to start celebrating National Flag Day for the American flag, you can always start your own event at school or at home. There are lots of things you can do, including baking some flag-themed foods or wearing red, blue, and white. Use what you’ve learned today to help teach others about the history of the American flag, and to spread awareness of how the flag has changed over time.

If you could use any shapes or colors, what would your flag look like if you designed your own?