History of the American Flag 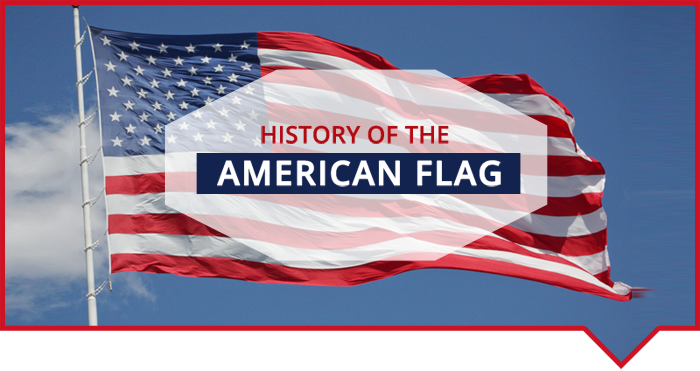 Love America? Want to fly the American flag? The American flag has been around for over 200 years and is one of the hallmarks of America that brings pride to the nation. The American flag represents so many things to so many different people, and on a variety of special occasions you’ll see it flying high to commemorate these special events.

How the American Flag Was Born

On the 14th of June, 1777, the Continental Congress first passed an act which established the creation of an official flag which represented the newly found nation. The resolution stated: “Resolved, that the flag of the United States be thirteen stripes, alternate red and white; that the union be thirteen stars, white in a blue field, representing a new constellation." President Harry S. Truman declared that the 14th of June was officially Flag Day.

The Design of the America Flag

When the American flag was first designed, it was first decreed that there should be a stripe and star for each of the thirteen states which represented the original thirteen colonies at that time. The color choices of the flag are said to be chosen because:

The stars, on the other hand, symbolized sovereignty, dominion, and lofty aspirations.

Within the union, the constellation of stars represents one for each state, and it is emblematic of the Federal Constitution. Washington interpreted the symbolism of the flag as “We take the stars from Heaven, the red from our mother country, separating it by white stripes, thus showing that we have separated from her, and the white stripes shall go down to posterity representing Liberty.”

Timeline of Flag Changes throughout the Years

Over the centuries between 1777 to 1960, there were several more acts passed by Congress which officially changed the arrangement, design, and shape of the American flag. This was to allow for the addition of each new stripe and star that represented the admission of each extra new state that was formed. The following timeline shows these changes throughout the years:

Origin and Interesting Facts About the
American Flag - Old Glory

The American flag, also known as Old Glory, has seen a very colorful past life. The following are some interesting facts about its origin and life from years gone by: 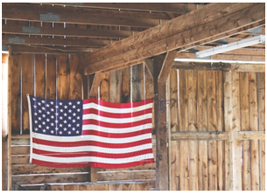 Over time the flag has become weakened and soiled and, in December 1998, was removed from the museum. This long-term preservation effort to save the deteriorating flag began in June 1999 and still continues to this day. Today you’ll find the flag stored in a special low-oxygen and light-filtered chamber at a 10-degree angle. It is specially examined and monitored periodically by specialist at a microscopic level to detect any signs of damage and decay within each individual fiber.

Today there are a few places in the USA where the American flag is flown 24/7. This is due to law or by presidential proclamation. These places include:

The American flag has been a great inspiration to many over the years. Some notable inspirations include:

On Distant Shores and Beyond

Throughout the year, there are many different days which allow you to fly the American flag freely and proudly. These days include: 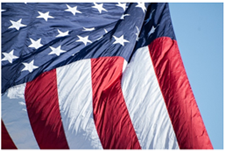 The Importance of Flying the American Flag

Flying the American flag is important. Some of the reasons why it should be flown include that it:

Today the flag of the United States of America holds deep and noble significance to the nation and to the entire world. That message is of individual liberty, patriotism, idealism, and national independence. The flag doesn’t represent a royal house or a reigning family, but the 300+ million free indiviuals who are welded together to create one strong, inseparable, and united nation that comes together not only with community interest, but the interests of the rest of the world. This nation is distinguished from other nations for its commitment to clear individual citizen conception of their privileges, their duties, their rights, and their obligations.

The American flag also represents that of the spirit of Liberty, the freedom of human rights, and the opportunity of equal life in the pursuit of happiness. To many, the American flag is a beacon of hope for those who may have lost their way during difficult times. It brings everyone together from different ethnic groups. It also encompasses a rich and vibrant history of struggle, tragedy, heroism, success, and freedom of those before us who altered their lives to make our lives and living environment what it is today.

The flag first rose along the Atlantic seaboard over thirteen states, which featured a population of over 3 million. Today it now flies over all fifty states, extending over great islands and across the continent. Heroes died for it, and citizens have advanced it in modern times. It brings all Americans together with honor and loyalty. 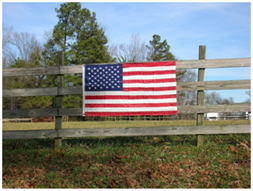 The American flag is a powerful symbol that is seen around the world. Backed by a powerful country, government, and people’s passion, America is a great nation that brings hope to those who have little left.

If you’re visiting or planning to live in America, why not take the time to know the history behind the flag that’s flown? Celebrate all it has to offer and what was sacrificed for it to become what it is today. Why not fly the flag high when you visit America? So, do you have your own U.S.-made American flag?