Know What You Are Celebrating 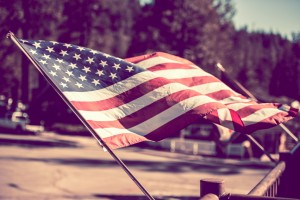 On the heels of Memorial Day, many people take the opportunity to post sentiments on social media about the true meaning of the holiday. Usually the three day weekend is an opportunity to get outside for cookouts, picnics, fireworks and just spending time with friends. But what are we celebrating?

With the bevy of posts on social media about supporting the veterans (always a great cause, without the need for a holiday to do so), it seems people have forgotten what the difference is between Memorial Day and Veterans Day. Both are related to the military, and they both are symbolized by the American flag being waved throughout neighborhoods and businesses across America.

Memorial Day began three years after the Civil War ended, originally called Decoration Day. General John A. Logan, the head of the Grand Army of the Republic (GAR), declared May 30th as a day when men and women who gave the ultimate sacrifice would be honored by decorating the graves of these fallen soldiers.

The first observance of a grand scale was in 1868 at Arlington National Cemetery. General and Mrs. Ulysses S. Grant hosted the ceremony from their home on the property of the cemetery.  It concluded with the GAR, accompanied by children from Soldiers' and Sailors' Orphan Home, decorating the graves with flowers and singing hymns as they made their way through. It is rumored he chose the end of May because flowers would be in bloom across the country at that time of year.

Initially, the holiday was only to honor those who died in the Civil War. It wasn't until after World War I that it was expanded to include all who gave the ultimate sacrifice in any American war. By an act of Congress, Memorial Day was declared a national holiday in 1971, to be observed on the last Monday in May. The holiday continues to be celebrated to this day, and many observers decorate graves on this day to truly honor those who have died for our country.

World War I was called “The Great War” and officially ended on June 28, 1919 with the signing of the Treaty at Versailles. However, the fighting stopped at the eleventh hour of the eleventh day of the eleventh month when an armistice was called between the Allies and Germany; hence, the symbolic nature of November 11th, Veterans Day.

In November 1919, President Wilson declared the 11th to be Armistice Day. His speech was moving and powerful:

“To us in America, the reflections of Armistice Day will be filled with solemn pride in the heroism of those who died in the country’s service and with gratitude for the victory, both because of the thing from which it has freed us and because of the opportunity it has given America to show her sympathy with peace and justice in the councils of the nations …" (Schmid, “Yesterday's Reflections: A Repository of Memories", pg 78)

An act of Congress on May 13, 1938 declared November 11th as a national holiday, honoring the veterans from World War I, the war to end all wars. A mere three years later, World War II began, which marked the largest mobilization of military our nation had ever seen. In 1954, the 83rd Congress amended the initial act to include all American veterans who served our country.

Around the world, November 11th is a day to remember those who fought for their country. In Canada, it is known as Remembrance Day, and countries from Africa to Australia, Britain to South America all honor those who gave selflessly to their country.

Lieutenant Colonel John McRae was a Canadian soldier fighting on the Western Front in World War I who died in 1918. A physician and soldier, he wrote a poem that is without a doubt the most famous poem from the Great War. It encompasses the emotions and heart-felt feelings of those celebrating Veterans Day and Memorial Day:

In Flanders fields the poppies blow

Between the crosses, row on row

That mark our place; and in the sky

Scarce heard amid the guns below.

We are the Dead. Short days ago

Loved and were loved, and now we lie

Take up our quarrel with the foe:

To you from failing hands we throw

The torch; be yours to hold it high.

If ye break faith with us who die

We shall not sleep, though poppies grow

So, when you enjoy the holiday with a day off from work and a family barbecue, take a moment to remember why these holidays exist, and honor our military accordingly.