Why Being Patriotic Means So Much

Orson Welles once said, “We’re born alone, we live alone, we die alone. Only through our love and friendship can we create the illusion for the moment that we’re not alone.” 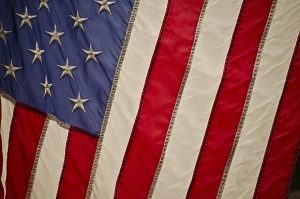 Such a truth exists in that statement, as it is only by choosing to connect with the people around us that we are able to experience a fulfilling existence. In America, that is done by expressing a deep affection for our country, by being patriotic.

There are certain times, particularly when tragedy strikes, that we see people come together in support of America. It is during these times that their patriotism shines through. The question is, why are people proud of where they come from and, as it pertains to America, why does being patriotic matter to people in the first place?

Let’s go deeper into what makes patriotism such a necessity for so many people. 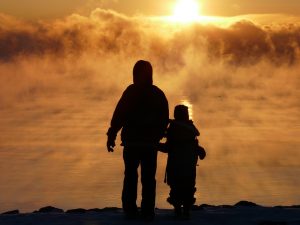 A Sense of Belonging

On the surface, needing to belong may sound ugly, but the truth is, it’s human nature to long for social interaction, to be a part of something bigger than ourselves. The reason that we need this is because it’s the only way to achieve personal growth, to advance past where we are. Having a sense of belonging involves more than just being acquainted with other people. It is being accepted and supported by other members of a group.

How Being Patriotic Is Instilled at an Early Age

When those who grew up in the United States think about their younger days, one of the memories that inevitably comes to mind is reciting the Pledge of Allegiance. This was often done before many of us knew what it meant or why we were saying it in the first place. As we grew up and learned more, we gradually became aware of what it meant to salute our flag and be an American citizen. 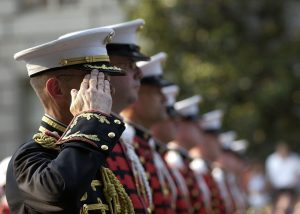 Growing in Our Patriotism

Everything we learned, from how our country came to exist, how our freedom was fought for and won, and the significance of the Founding Fathers, to how current events play into that history, made us more enlightened about patriotism. Eventually, we knew that we were saluting a flag with 13 stripes representing our original 13 colonies and 50 stripes representing each state in our union. The red, white, and blue became more than just colors – they were symbols of what we should strive to be.

Why We Need to Be Patriotic

“United we stand, divided we fall.” This phrase and variations of it have been attributed to many sources, from the ancient Greek fable-weaver Aesop, to Founding Father John Dickinson, to the New Testament of the Bible (Matthew 12:25 and Luke 11:17). While it may be difficult to pin down the original source of this quote, its meaning is abundantly clear – not only our failure, but our very survival, depends on working together. Failing to do so will inevitably lead to us paying the ultimate price.

So, being patriotic is more than just something we should do on Memorial Day, the 4th of July, and Veteran’s Day. In fact, few of us take those days as seriously as we should, but patriotism is something we all need year-round. Together we will accomplish more, and America will be more successful. Patriotism gives us a sense of belonging, a place where can all fit, regardless of our individual backgrounds.

Patriotism All the Time

Our Founding Fathers understood the importance of being patriotic, never wavering from their belief in what they envisioned for our country. We tend to cling to our patriotism in times of great need – after 9/11, the Boston Marathon bombings, and other acts of violence. It is during these times that being patriotic crosses all political, racial, and cultural lines, bringing us together as one people. However, if we are to fulfill our potential as a free nation, patriotism should be a part of our everyday lives.

Too often we are divided based on small differences among ourselves rather than coming together based on what we have in common. The American flag is the ultimate symbol of patriotism and is a great representation of what are. The 13 stripes represent all 13 original colonies. Each individual colony was different from the next, but, ultimately, they all became unified to become part of something greater than what they were by themselves.