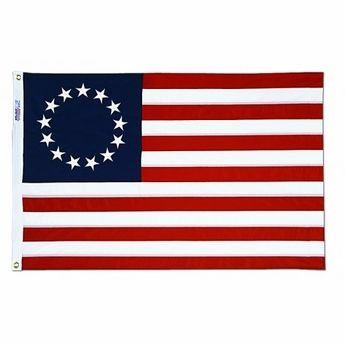 AmericanFlags.com proudly features Betsy Ross flags in a variety of popular sizes and materials and urges all of those who believe in free speech to proudly display the Betsy Ross flag!
SHOP BY
Clear All

Set Descending Direction
SHOP BY
Now Shopping by
Clear All
Shopping Options
Flag Size
Price
My Wish List
Last Added Items
Go to Wish List
You have no items in your wish list.