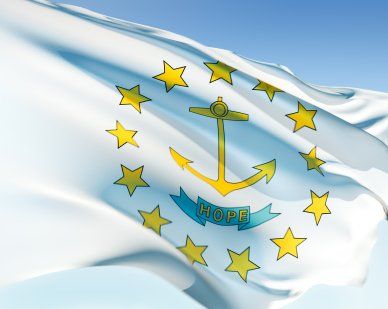 AmericanFlags.com is proud to carry Rhode Island State Flags in a variety of materials, and styles, in sizes ranging from 4 IN X 6 IN to 12 FT X 18 FT. All of our Rhode Island flags meet official specifications, are on sale right now and are ready for immediate shipping to your door. 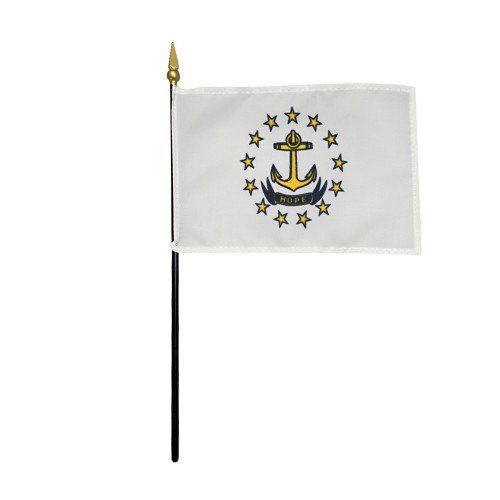 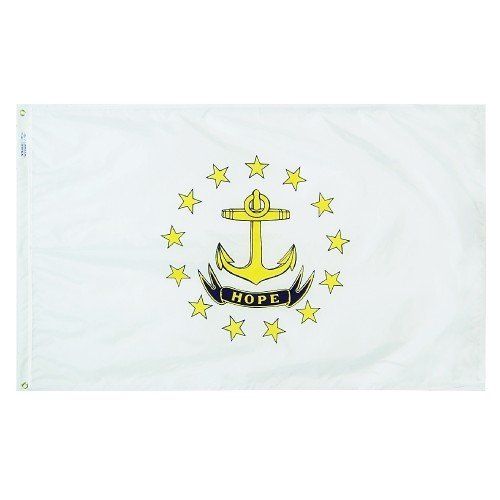 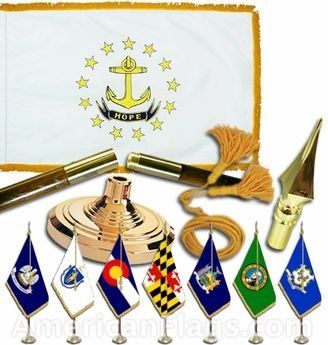 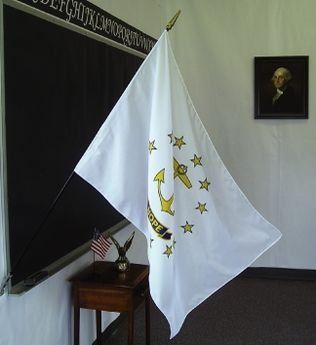 Rhode Island State Classroom Flags
In 1647, when the four original towns of Rhode Island (Providence, Warwick, Portsmouth and Newport) united under a single charter, the anchor was first adopted as a seal of the state. On the Rhode Island State Flag, which was officially adopted in 1897, the anchor appears encircled by 13 yellow stars symbolizing the original 13 colonies. The blue ribbon under the anchor reads, "Hope."