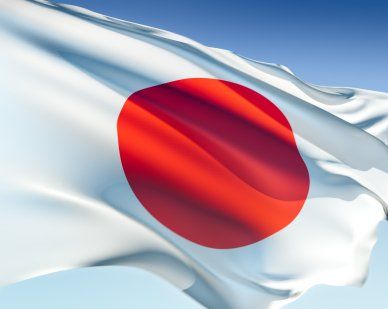 The Japanese flag was adopted on August 13, 1999. Featuring a white background with a red circle in the middle, the flag's origins lie as far back as the 13th century. Legend states that a Buddhist priest gave the sun disc flag to the Emperor of Japan during the Mongol invasions. The flag became the national flag in 1868. The red circle in the middle represents the sun, while the white background depicts honesty and purity. Modified in 1999, the Japanese flag is known as "Nisshohki" or "Hinomaru" meaning sun disc in Japanese.

Our top-quality Japan flags conform to all official specifications. Emblems and designs are executed with the highest possible degree of accuracy in regard to detail, color shades, placement and proportion to flag size.