Categories: News about our American Flag 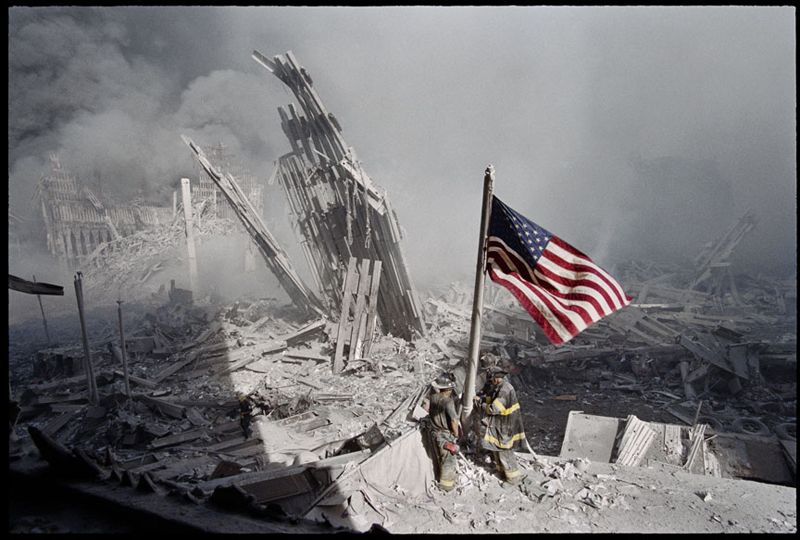 On Wednesday, Sept. 11, 2019, beginning at 9:40 a.m. EST, the 9/11 Memorial & Museum will lead the world in commemorating the 18th anniversary of the horrific attacks of 9/11 at the 9/11 Memorial Plaza at the World Trade Center site in lower Manhattan. Marking this important anniversary, the 9/11 Memorial & Museum will host the annual commemoration ceremony to honor the 2,983 men, women and children killed in the attacks at the World Trade Center site, the Pentagon, aboard Flight 93 and in the 1993 WTC bombing. As always, the ceremony in New York City will be marked at Ground Zero with four moments of silence -- to observe the times when each plane hit and each tower fell, beginning at 8:46 am, as well as the reading of the names on the memorial. You can watch the ceremony live on 911memorial.org/live.

Additionally, the Port Authority of New York and New Jersey will be flying the world’s largest free-flying flag at the George Washington Bridge, which connects New York to New Jersey, from 7:15 a.m. to 1:15 p.m. on September 11th. The flag measures 90 feet by 60 feet and is said to weigh 450 pounds.

Tribute in Light, the annual beams of light that rise from Lower Manhattan, return this year, as well. Originally produced by the Municipal Arts Society in collaboration with Creative Time, the Tribute in Light is now run by the 9/11 Memorial & Museum and for the first time, will be sponsored by the Carnegie Corporation of New York. Tribute in Light is beamed up into the sky from atop the Battery Parking Garage, using 88 7,000-watt xenon light bulbs arranged in two 48-foot squares. The lights go up four miles and can be seen from a radius of sixty miles.

While the annual commemoration is held at the 9/11 Memorial each year, communities around the globe are choosing to honor the lives of the victims of the attacks throughout the year and in a variety of ways. Programs like the 9/11 Memorial Museum’s Anniversary in the Schools webinar introduces students to the events of 9/11 through personal stories of survivors and artifacts from the Museum. If participating on Sept. 11, students and teachers can ask questions about the attacks through a live chat with Museum staff.

The 9/11 Memorial and Museum is encouraging those commemorating the anniversary to use the hashtag #Honor911 on social media. The center is also providing resources for anyone interested in planning their own commemoration ceremony.