I Claim This Land ... The Flags of Global Colonization

The world as we know it today is astonishingly different from what it was over five hundred years ago. The Age of Colonization was a groundbreaking time of discovery, one where unexpected, dramatic (and occasionally traumatic) voyages changed cultures and ecology across the globe.

Main sea trade routes discovered during the Age of Exploration.

Starting with the largest naval powers of Europe (Portugal, Spain, and England), explorers set out to discover valuable assets. Spices, furs, timber, rich fabrics, rare scents, and more unusual goods were sought all over the world. There was a race, so to speak, to seek out and claim the most valuable territories and their treasures. These colonies enriched and lent value to their conquering empires.

Throughout the Age of Exploration, the globe was marked with the flags of European occupation, some firmly held, others hotly disputed.

The Spread of Empires

Between the 15th and 18th centuries, the map of the world was a pattern of Imperial and Royal flags. Some of these can still be seen in the standards of now independent countries or states. Indeed, it did not matter if a place was already inhabited. As long as it was unclaimed by a European power, the land was fair game.

The energy, curiosity, and rampant greed of the time makes for fascinating storytelling. Anyone who got hooked on the Showtime television series “The Tudors" can attest to this fact.

Ambition and Early Invention: The Portuguese 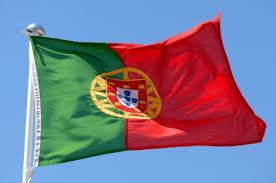 The Portuguese were great traders and merchants, and were always seeking intriguing and exotic merchandise. Some of the most valuable commodities were caravanned across the Sahara Desert at great expense––salt and gold, as well as ivory, rich cloth, and slaves.

Desert travel was dangerous, expensive, and time consuming, so the Portuguese began exploring alternate routes––less harrowing ones––in order to make better profits. With the Sahara covering 3.629 million square miles, the option to go around it by land was impractical, but a sea route was highly desirable.

Exploring Africa under the sponsorship of Prince Henry the Navigator, the Portuguese established lucrative trading ports along the Atlantic coast. Small pockets of Portuguese influence began appearing on the Arabian Peninsula, India, and, later, Brazil. They also invented an elegant new cargo ship, one that was nimble, swift, and elegant: the caravel.

It was through these travels that they discovered the Azores and Madeira, destinations that are still exotic and beautiful to this day. 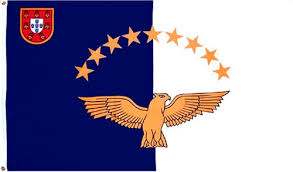 The Azores: A Portuguese colony. 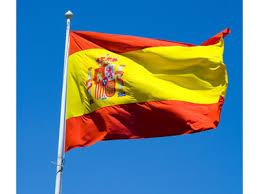 Christopher Columbus’ famous journey marked the emergence of Spain as a major sea power. It is arguably one of the single most important journeys ever made, because it marks the discovery of the New World. Others had reached there beforehand, but none had planted a flag and claimed the land in the name of their sovereign. Spain was the first, starting with that initial landing in the Bahamas. From there, it claimed the lion’s share of South America (excluding Brazil, of course).

Spain kept a tight grip on its overseas colonies for their vast riches of gold and silver. It is for this reason that the Age of Exploration and the Age of Piracy have considerable overlap, especially in the Caribbean. While they each jealously guarded their colonies, there were considerable clashes between the Spanish, French, and English, and much dispute over ownership, taxation, and jurisdiction in these areas.

In red, Spanish colonies claimed during the Age of Discovery.

The Tudors and the Elizabethan Age

After repelling the Spanish Armada and its failed attempt at invasion in 1588, England emerged as the greatest sea power of its time. Great riches poured into the coffers of King Henry VII, allowing him to set up great economic and political stability. The New World––North America, this time––furnished the empire with timber, fish, and rare furs. India was a wellspring of lush fabrics and rare spices.

Though this collection is from a later time, the evidence of British colonization is reflected in numerous flags around the world. The echoes of colonial history still linger to this day.

The rule and excess of the court of King Henry VIII is partially due to the ready availability of so much wealth. And, while his reign makes for interesting reading for both his scandalous love life and religious reforms, he also set the stage for his successor, one of the most powerful women ever to rule England.

Elizabeth I never married, yet was not deterred by her single status. She singlehandedly guided her country into a new age of enlightenment, fueled by colonial riches and bolstered by the growth of intellectualism. It is peculiar to think that the availability of pepper and beaver pelts allowed for the emergence of Shakespeare, but, without these foreign riches, it is unlikely that he would have achieved the immortality he has in the literary world.

Antiquity vs. the Modern World

Today you can see how the marks of older inhabitation have molded former colonies into modern independent nations. Some still carry badges of their former colony flags in their own heraldry. Others display distinct attitudes and political systems that hearken back to their original colonial status.

Either way, the flags of colonization have transformed their locations and have been reinvented in fascinating new ways. Though new ways thrive in these places, the flags planted in their soil have left indelible marks in history and in the modern cultures that thrive there today.